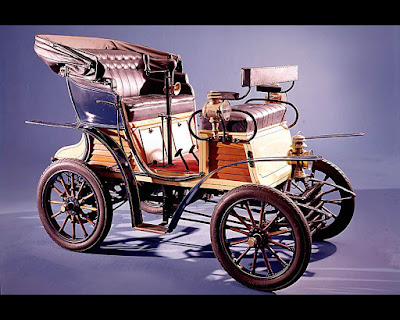 Giovanni Agnelli founded the Fabrica Italiana Automobili Torino (FIAT) societa per azioni (S.p.a) on this date in the year 1899 in Turin, Italy. The name was changed to Fiat later in the year 1906.
The first car launched by the company was the 3.5 CV of which only 24 cars were ever built , it used a 697 cc Boxer twin cylinder engine.

The construction of the Lingotto factory started in 1916 by Fiat and the building was completed by the year 1923. The factory was built in a unique manner, it had 5 floors with the raw materials at the ground floor and as the car kept building it moved on the higher floor. The final car emerged at the roof top which had the most unique thing , a rooftop test track. At that time , it was the largest car factory in the world with the best of the equipments.


First Fiats to be seen in India were the Fiat 1100 which were imported from Italy , later in the year 1964, Premier Automobiles limited got licence to make 1100 in India and the production began and the car was named as Premier Padmini.
The Padmini was an instant hit and the Indian roads was filled with Padminis. It was produced till the year 2003.

In the year 1997 , Fiat came to India without collaboration with PAL and launched the UNO.
Uno was a boxy and solid car which came with a 1.0L FIRE engine and a 1.7L NA Diesel engine. Initially the car sold in good numbers but later the sale dropped and it was phased out in the year 2001.

In the year 2000, The Fiat Siena was launched. A mid size family sedan with one of the most powerful and enthusiastic 1.6 Petrol engine. It also had a 1.2 Petrol and 1.7 Turbo Diesel engines.
This car was not liked much by the people and could not sell much .

In the year 2001 , The game changing Palio was launched in India. This was a revolution in the higher end Hatchback segment at that time. The car came loaded with safety and convenience features. The car remained the fastest hatchback in India till the year 2010 when the production stopped. It came with 1.2 , 1.6 Petrol engines and a 1.9 NA Diesel engine. This car received a mid life update as the Palio stile, but this model didn't sell much.
The Petra , Adventure and the weekend were also launched on the same platform with similar engine options.

In 2008 Fiat launched the new Punto and Linea in India. These cars helped a lot to revive the brand. These were launched with the 1.4 Petrol in natural aspirated and Turbo variants and a 1.3 Multijet diesel engine. The 1.3 multijet came as a boon to the Indian auto industry and most of the small car manufactures are using this engine even presently.