The A4 in India was initially launched as the bread and butter sedan for Audi. The car as always been technically advanced and offered more space and a mix of comfort and performance. Now with the new BMW 3 series and the Mercedes C class in the market , the A4 has lost its charm and feels a bit dated.
Audi has launched the new generation model in Europe and is planning to launch the same in India by the end of this year. 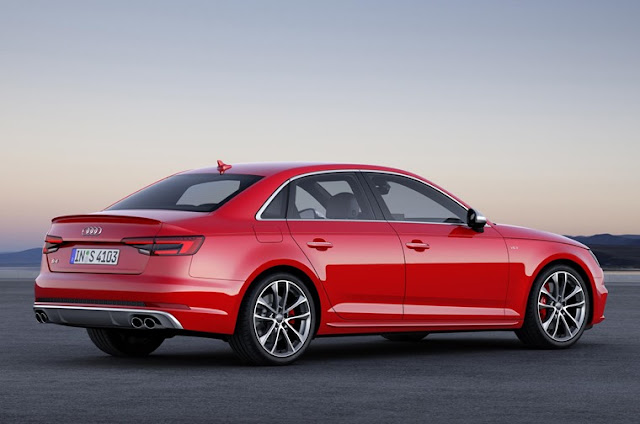 The new car as always has focus on latest technology and comfort which will make it a good alternative to the competition. Based of customer feedback, Audi has worked on the newer car to enhance the comfort too.
The new vehicle is based on the Volkswagens MLB evo platform. This model also has a longitudinally mounted engine and overall the car has shed its weight compared to the older model by 120 Kg.

Initially we expect the car to be launched with the 2.0 Liter TDI diesel engine with 190 and 150 BHP power outputs and the 2.0 Liter TFSI petrol engine with 190 BHP output in India.
The best selling model will be the 2.0 Liter diesel engine in any of the tunes as it has a amazing 21% increase in efficiency as per Audi and now claims a fuel average of almost 25Kmpl from it.
The TDI engine is smooth , refined and is capable of hitting 0-100 times of around 7.7 seconds.
The engine noise and wind noise has also reduced making the cabin even more silent. 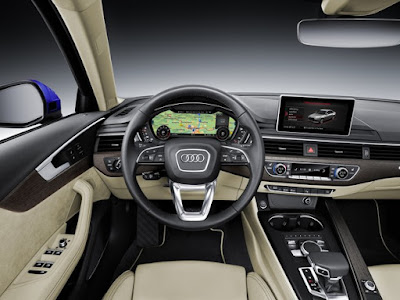 The interior is beautiful and good quality materials have been used. It is crammed with technologies.
The interior feels more classy and premium compared to its rivals and everything has a solid and built to last feel to it.

The new infotainment system is very simple and intuitive to use, also features Apple Carplay and Android auto. There is a 8.3 inch display and is surprisingly a touchscreen which is intuitive and easy to use like a smartphone.


The Virtual Cockpit is another amazing option which replaces the conventional speedometer and RPM console with a 12.3 inch high resolution display. The driver can cycle through various displays on the 12.3 inch screen with the help of the steering buttons .

The exterior of the car has increased length and width by 25mm and 16mm , compared to the old A4, the new car feels much more spacious and also is one of the most spacious car in the class. The interior space is best suited for four people,  as the large transmission tunnel may cause inconvenience to the fifth passenger.

The old A4 also had 8 airbags and offered excellent levels of safety equipment , same is the case with the newer model. The new car also gets added features like Pre sense automatic city braking which helps the car the reduce the impact by applying auto brakes under 53 Kmph and bring the car to a complete halt at speeds upto 25 Kmph.