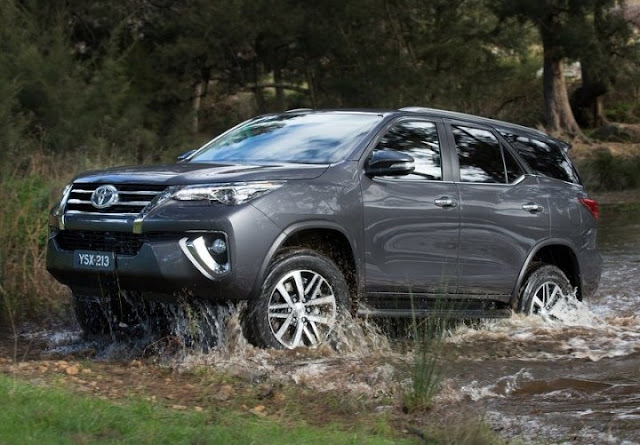 The new Toyota Fortuner is planned to be launch by the end of 2016 or early 2017. The launch has been delayed because of the 2000+cc diesel car ban in the NCR region in India.
The new car will be launched with the all new GD engine lineup with a 2.4 liter engine producing 160 bhp and a 2.8 later engine producing 177 bhp, these are the same engines doing duty on the new Innova Crysta.
The new Fortuner will be competing with the newly launched Ford Endeavour and the Chevrolet Trailblazer in India.
The car is expected to be launched with a price tag close to 30 Lakh INR.