No more combined DL for car & bikes in Lucknow 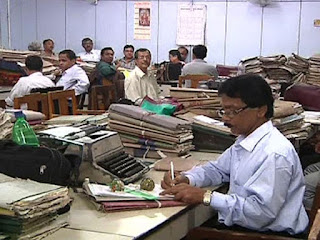 The combined driving licence for car and bikes will no longer be issued in Lucknow. Irrespective of what they know to drive, they get a licence for both 2 and 4 wheelers, and as per motor vehicle act , one can only get a licence after he clears the test for that particular type of vehicle.

As a matter of road safety the department has stopped issuing combined driving licences for 2 and 4 wheelers for a month and will be made permanent later.

No action will be taken on the people who presently hold the combined licences and they can continue to use it.
Posted by Rishabh at 23:03