HYDROGEN THE FUTURE OF MOBILITY


Hydrogen the element having the atomic number 1 is the also the number 1 substance which can be used for the mobility purposes by being used as a fuel for vehicles. It is the most abundantly available chemical in the universe. Most of the hydrogen on Earth exists in molecular forms such as water or organic compounds 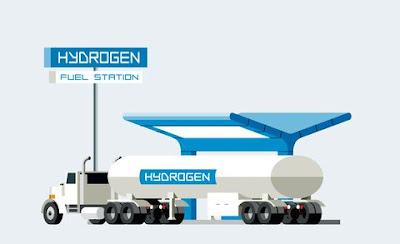 Coming to Mobility, many of us know that hydrogen has been used as a rocket fuel since many years. A very few people know that before being used in rockets, Swiss inventor Francois Isaac de Rivaz in 1807 designed the first 4-wheel prototype that ran on hydrogen and oxygen gas. This was a vehicle which consisted of an internal combustion engine which used oxygen and hydrogen gas in the engine compared to todays engines which use Petrol or Diesel along with oxygen.

In 1860, Frenchman Etienne Lenoir developed the 3-wheel Hippomobile. In this vehicle the novelty was that the hydrogen was created for the car by electrolysis of water and the resulting gas was run through the combustion engine. In 1966 General Motors created the first hydrogen fuel cell car. Though fuel cells have been around since the early 1800’s, General Motors was the first to use a fuel cell to power a vehicle.


Technology has come a long way and now and the fuel cell technology is becoming popular and more advanced with time. The first FCV used one hydrogen cylinder and one oxygen cylinder whereas todays FCV technology uses the oxygen from the air in the atmosphere making the system more efficient and light.

After fossil fuels the current trend is to switch to electric vehicles and Hybrids, But the problem currently in country like India is that most of our power is generated from coal powered electricity generation plants which leads to a lot of pollution and does not solve the problem of improving the air quality. Secondly the battery charging process is very slow and there are no charging stations available in the country and the range is also very less.


The beauty of hydrogen fuel cells is that you get electricity, heat and (potable) water as outputs with hydrogen and oxygen as inputs. Hydrogen Fuel Cell vehicles generate electricity using compressed hydrogen from the tank and oxygen from the air and that electricity helps to power the motor mounted on the vehicle. They are also called as Zero Emission vehicles.

These vehicles have a complex design as have a lot of components and are also expensive, but in a long run are better as Hydrogen used in fuel cells has an energy to weight ratio ten times greater than lithium-ion batteries. To conclude, hydrogen fuel cells offer a potentially very clean, energy dense and easy and fast recharge energy source for vehicles and other systems, but are currently complicated, expensive and somewhat dangerous to operate, but I think with the advancements and development it will be the future of mobility. 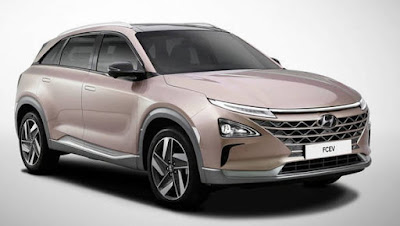